Our boat is a 1984 C&C 38 Landfall. The Landfall was the cruising model of C&C’s, built a little bit less as a racer and more as a long distance voyager. Here are a couple reviews on it: Sailing Magazine, Jordan Yachts.

It met my requirements of being strongly built, modern in design, relatively well priced on the used market, able to sail well in light winds, and not having wood on deck.

The name “Violet Hour” came from a book Natalie read – “The Hour” by Bernhard DeVoto, a 1950’s cocktail book. In it the author describes the violet hour as the time of day when your work is done and relaxation begins:

“This is the violet hour, the hour of hush and wonder, when the affectations glow and valor is reborn, when the shadows deepen along the edge of the forest and we believe that, if we watch carefully, at any moment we may see the unicorn.”

We were able to trace parts of our boat’s history through records and receipts left aboard the boat with old manuals and spare parts. Previously it was named “Lone Star” in Vancouver BC for about 4 years, prior to that it was “Diva” out of Yelm, WA, before that it was on the east coast in the Chesapeake Bay named “Finest Kind”, and the very first owner I believe named it “Serenader”. The prior Washington owner only had it about 2 years I believe, and was preparing it to go to the Philippines, but in the end decided it’d be easier to fly there and charter or buy there. At one point the boat even was in the Seattle Duck Dodge, a beer can style race on Lake Union. 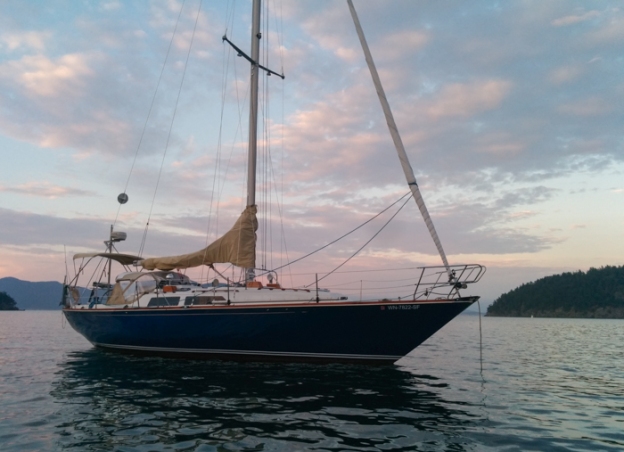 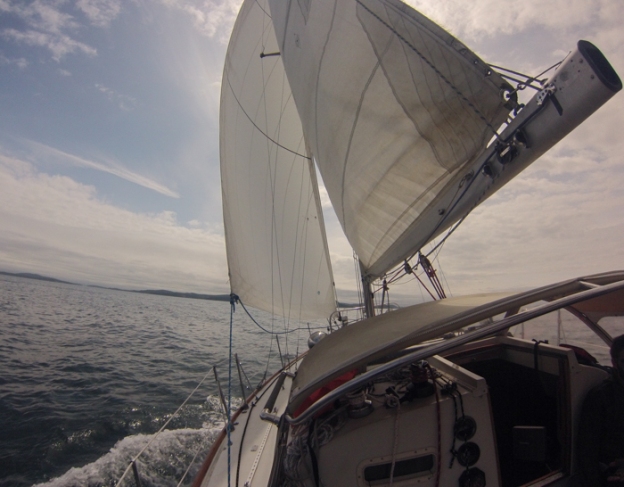 4 thoughts on “About the Boat”